The WCA is deeply disappointed with the result of the Faroe Islands’ dolphin hunt review.

After the shocking massacre of nearly 1,500 Atlantic white-sided dolphins in a single day last September, outrage from both the local and international community prompted the Faroese government to launch a review of the cruel practice.

In a statement shared this week by their Ministry of Fisheries, the Faroese government revealed that they will not be banning the hunts, and have instead proposed an annual catch limit of 500 dolphins for 2022 and 2023. We believe that this result is completely unacceptable and will do nothing to reduce the number of dolphins killed.

The provisional limit is far higher than the average number of dolphins that are usually caught each year (260, according to the statement) and, with no indication that the policy will be enforced, is unlikely to make any difference.

Even more concerning is the Faroese government’s claim that killing 825 dolphins a year would still be “well within sustainable limits”, raising the risk that hunting efforts could be increased even more in future.

The population numbers used to calculate this so-called “sustainable” slaughter seem to be taken from a 2021 report, which clearly states that there are issues with the estimates given and that they shouldn’t be used for setting catch limits.

The report also notes that the Atlantic white-sided dolphin is “one of the most heavily exploited cetacean species in the North Atlantic and yet also one of the most poorly understood.” Given the lack of scientific data, it’s impossible for the Faroese government to argue that the hunts aren’t a real threat to the dolphin population.

Conservation issues aside, it’s clear that these unnecessary killings are intolerable from the point of view of compassion and animal welfare. With one of the highest rates of GDP per person in the world and an annual subsidy from the Danish government, the Faroe Islands don’t need to rely on killing whales and dolphins to survive – it’s purely a blood sport.

After the terrible incident on the 12th of September 2021, more than half of Faroe Islanders said that they were opposed to continuing to hunt dolphins. With this review, the Faroese government had an opportunity to finally put an end to the cruelty, and they failed. 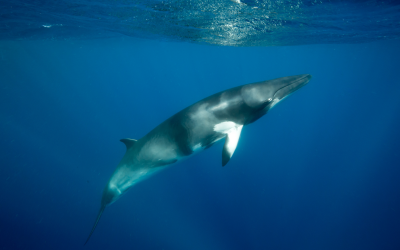 END_OF_DOCUMENT_TOKEN_TO_BE_REPLACED

Introduction by the WCA Ship-to-ship fuel transfers (also referred to as 'bunkering') are...