An insight into southern ocean orcas

Jared Towers is the Executive Director of The North Island Marine Stewardship Association (NIMMSA). NIMMSA consists of marine based tourism companies operating in the waters off north-eastern Vancouver Island, in British Columbia, Canada. It is also a proud member of the WCA.

Alongside this, Jared conducts cetacean research for several governments and NGOs. His work revolves around studying the movements, abundance and ecology of cetacean populations, primarily orcas, or killer whales. For this species, much of his work is focused on continuing population studies that have been running for decades in the North Pacific. Using this knowledge base however enables Jared and other researchers to understand and put into context the cultures of more remote, and poorly understood orca populations such as those living in the Sub Antarctic Southern Ocean. Once a year or so Jared heads down to this remote region to study these populations.

In the summer of 2015 (austral winter) Jared undertook a trip to the oceanic waters off South Georgia and using a combination of visual observations and satellite-linked depth and location recording tags studied the behaviour of orcas along with sperm whales while they were taking fish from a large commercial toothfish long-lining vessel.

The results, recently published in the journal ICES Journal of Marine Science, were astounding.

What stood out most of all was the unprecedented maximum dive depth of the orca, reaching an incredible 1087 m. Jared and his team had no idea they were physiologically capable of diving so deep, and the depth surpasses all other records for the species. More than this it was the duration of the deep dives that surprised Jared. They were all around the aerobic dive limit of the species, which is around 11 minutes. Almost all other animals capable of diving this deep exceed their aerobic dive limit considerably staying down for well over an hour sometimes. In this case, the orca only dove this deep when stealing fish and Jared guesses that she did not need to spend much time at depth trying to find food because they were all attached to the line. The energetic reward for diving so deep was guaranteed.

The study is among the first to provide evidence for active resource competition among cetacean species, with both sperm whales and orcas diving deeper, faster and longer when stealing fish compared to when they weren’t. Jared and his team hypothesize that instead of waiting near the surface for fish to be hauled up to them (as previously thought), sperm whales are driven to diving to depths by competition with orcas and other sperm whales for the toothfish. On the other hand, the team thinks that considering fishing is usually stopped when orcas show up that their extreme behaviours are driven by the limited availability of the energy-rich toothfish. Both sperm whales and orcas are known to steal fish from many fisheries in every ocean, and this is the first study describing their behaviour underwater. Unfortunately, for the fisheries the study is also the first to provide evidence that the behaviours of both species are correlated with the locations and depths of the deployed gear. It also provides the first available evidence to suggest both species steal fish before they are hauled in, something that is likely to encourage fishery managers to develop new fishing and mitigation techniques.

For Jared the study provides an interesting perspective into our co-existence with orcas. In so many places we are harming their populations in lots of different ways. Some fishing industries have considerable negative impacts but in this case the orcas appear to be benefiting from human activity to the cost of the humans! 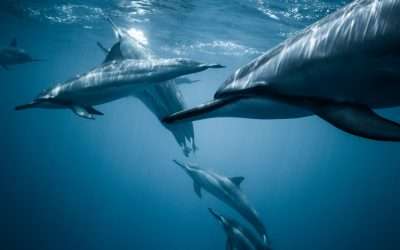