Day 46 (October 2nd 2017): Today’s first launch started at 7am and we came across a small pod of three bottlenose dolphins: a mum and her calf, plus another individual that was either a sub-adult or an adult though its gender was unclear. The weather forecast for this morning was overcast and the water visibility was not the greatest condition; as we dropped in, Rocha – the mother dolphin who Angie recognized during our in-water observation – and her calf swam past us while the third dolphin was nowhere to be seen. Interestingly enough, when I looked above the water’s surface the third dolphin jumped clear, so he/she was still in the area the moment that Rocha and her calf passed by. It was a bit peculiar that the other dolphin didn’t join the pair. It was noted that the calf had skin lesions on its side, most likely due to an infection or disease, which can be transferred from dolphin to human by physical contact. Just one other good reason why a ‘no-touching dolphin’ policy is implemented. We decided to leave the pod and went on to our next sighting of 3 to 4 pods of humpback whales, all of them mother and calves (although one pod did have an escort travelling with them).

While we were watching them, a humpback whale calf leapt out of the water and did a magnificent twirl in the air, before landing back down with a big splash. Everyone was gazing in amazement and it was if a ballerina abruptly entered the stage and performed grandiose, yet elegant movement before vanishing. Honestly it was a superb experience to see a calf fully breach, especially after watching so many calves struggling with attempts to breach.

During the second launch we saw the same mother and calf bottlenose dolphin pair (minus the third dolphin) from the earlier launch; as a drop-in attempt had been made during our first launch, this sighting was classified as a ‘NO DROP’ swim, meaning there would be no swimming attempt during the encounter. We quickly let them be and cruised onto our next sighting where at least 16 humpback whales (three or four of which were calves) were all heading south, towards Antarctica. Despite not displaying any extravagant surfacing behaviour like tail-lobbing or breaching, a large number of them travelling together in a single observation was something new.

The third sighting was a single adult humpback whale heading north instead southward like the majority of the whales. While this sight was unusual, a small number of whales do head north for an unknown reason. To make this sighting even more unique, a pod of 60 spinner dolphins were within the same area. The spinners joined the boat, bow-riding session while the skipper cruised at a low, steady speed, and were showing off their jumping and twirling abilities. It seems in the midst of the dolphins’ excitement a few made such a splash that it reached the passengers’ faces!

And last, but not least, a pod of ten bottlenose dolphins were spotted and as we dropped in for the second time two females approached Angie and interacted with her. Apparently one of the females, Beatrix, is expecting a newborn soon after Angie confirmed seeing a noticeable bump. After a few circle swims and interaction the two females left to join the main pod and the launch came to an end.

When evening rolled in I had the chance to join a sea turtle night walk with the local monitors. The nesting season had begun in October and will last until January, followed by the hatchling season from January until March. I spoke with Angie weeks ago of my interest to be involved in a sea turtle monitoring program. Tonight was my first chance to attend and I was guided by the local monitors of the sea turtle monitoring program, starting from the main beach of Ponta and ending close to the South Africa border, where a big rock marked the end of our walk. We began at 6:30pm and walked for an hour and 20 minutes. Compared to the other areas along the 8km beach coastline, apparently the walk I was to part in was the shortest! So far no turtles but it was still an excellent experience, and a chance to get an understanding of what was expected.  Hopefully I’ll get any chance to join into another walk when I have the time off during the evenings.

Day 47 (October 3rd 2017): The weather for today’s early launch was overcast but not as cold as the previous day. We had a drop-in with a pod of male bottlenose dolphins that swam by us and then saw several pods of mother and calf humpback whales. One particular adult humpback whale had a unique white patch with several black blotches varying in sizes and shape on the side of the body.

The second tour began with a stop at a reef for a snorkel. As we settled in to the swim, we noticed two dolphins and a dive boat nearby. The decision was made not to swim with those dolphins and the sighting recorded. We then moved on to see a pod of seven humpback whales.  Minutes later a mother humpback whale was seen logging (resting behaviour in which the whale basically remains motionless and floats on the water’s surface like a log, hence the name) while her calf was breaching several meters in front of her. It wasn’t long until the mother decided it was time to move and signalled to her calf to follow suit.

On our way back, that particular calf became very curious of our presence and began following behind the boat. Noticing the calf everyone stopped to watch the little one (though it looked quite big for being a calf) while I went for the datasheets and recorded the observation.

Out of nowhere, the little one breached not once, not twice, but three times! What an energetic little fellow! Soon after two other humpback whales appeared in pursuit of the calf, the mother and an escort. It was obvious they weren’t fond of the little one’s curiosity and had to steer the calf a little bit inshore, where I imagined the mother gave him a good scolding. Luckily Amelia took the opportunity to grab for my camera and took some amazing photos while I was in charge of recording the sighting. Another, smaller, calf was then seen breaching as we reached close to our launch site. Both calves were indeed curious but I have never seen such intense curiosity as the first calf. A wonderful encounter.

END_OF_DOCUMENT_TOKEN_TO_BE_REPLACED 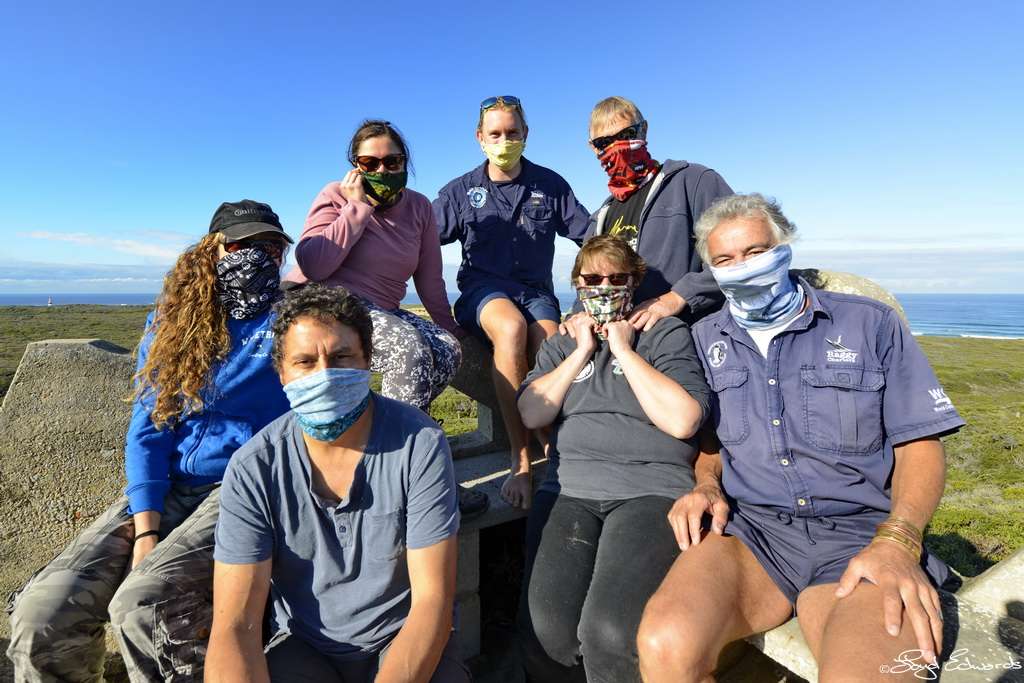