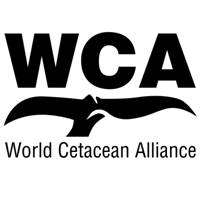 The World Cetacean Alliance (WCA) strongly advocates for the protection of whales, dolphins and porpoises in their natural habitats in the wild and opposes the keeping of cetaceans for any purpose other than genuine rescue, rehabilitation and release or sanctuary.

The WCA is extremely disturbed to read confirmation from Loro Parque that the orca known as Morgan is pregnant.

Morgan was wild caught by Dolfinarium Harderwijk in 2010 under a Dutch Government issued ‘rescue, rehabilitation and release’ exemption permit. After being partially rehabilitated, rather than being released, Morgan was moved to Loro Parque on the island of Tenerife under a CITES (Convention on International Trade in Endangered Species of Wild Fauna and Flora) transport permit which prohibits using Morgan for ‘primarily commercial purposes’. This is defined as “all purposes the non-commercial aspects of which do not clearly predominate”. It prohibits breeding her as well, without an explicit exemption authorisation. It is also clear that at some point SeaWorld Entertainment Inc. (SeaWorld) claimed the young female orca as one of its assets.

In March 2016, accepting a shift in public attitudes, SeaWorld announced an orca breeding ban stating, ‘As society’s understanding of orcas continues to change, SeaWorld is changing with it.’ With this celebrated decision came the question as to whether the ban would also apply to the SeaWorld orca’s kept at Loro Parque.

It became clear upon the release of SeaWorld’s 3rd Quarter shareholder report (November 2017) that there were issues, or as it stated ‘contractual disputes’ as a reason to end its business dealings with Loro Parque.  Subsequent emails from SeaWorld clarified that it had ‘transferred ownership’ of the six orca held at Loro Parque to Loro Parque. Therefore the breeding ban and the ‘best thing for their whales’ would no longer apply to the captive-born orca at Loro Parque. Disturbingly, Loro Parque fails to recognise that breeding the wild-born Morgan is prohibited by EU Law, regardless of its agreement with SeaWorld.

SeaWorld’s conveniently timed transfer of its animals extends to the orca Morgan, whose pregnancy was ‘confirmed only four weeks ago,’ according to Loro Parque’s statement of 5 December 2017. In that same statement Loro Parque said it ‘considers the reproduction as a natural right of any animal which cannot be denied under any circumstances,’ a statement that clearly flies in the face of not only SeaWorld’s expert opinion, that the continued breeding of Orca into captive environments is no longer acceptable, but also the very strict conditions under which Morgan was transported to Loro Parque.

This perplexing statement also fails to consider the most basic natural right of all…for orca to be wild and free.

The WCA strongly urges Mr. Wolfgang Kiessling, owner of Loro Parque, to immediately abandon any further breeding of orca in line with current public, scientific and captive industry peer opinion and embrace the SeaWorld pledge to end breeding of this species and to therefore phase out the keeping of orca in captive entertainment facilities.

Further, the WCA calls on international leaders, policy makers and governments, in particular the European Commission and national authorities which are signatories (parties) to CITES, to immediately implement “Morgan’s Law” which aims to adopt a uniform set of laws and regulations to ensure that nothing like the series of events seen in Morgan’s case ever happens again.