The Search for Orcas – Part 2

Day Four.
I was determined to get to Punta Norte today as Orcas were spotted yesterday, so I set off from the hostel and towards my favourite pick up point.  On previous days someone would stop even if they were just going West to Puerto Madryn and offer me a lift to the junction anyway, but not today. After about 40 minutes I got to the junction and started holding up my orca sign and waving my thumb at every passing car, which was about every 5 minutes.
An hour went by without anyone stopping and I was starting to lose hope, previously it had only taken about 30 minutes to get picked up from here.  Then a Dutch couple stopped to ask where I wanted to go, sadly they were going south to a famous beach here called Pardelas.  No lift, but my hopes were again high.  On the horizon coming south from Piramides I spotted two French girls from the hostel who were also hitchhiking, I was hoping I got picked up before they arrived because I knew as 3 our chances were diminished.  A car passed them then turned around the corner and towards me, I stuck my thumb out anyway and it stopped, turns out they only had one spare seat so I was in luck and on my way!
It was 3 French tourists and only one spoke English, they were heading to Punta Cantor/Caleta Valdes instead of Punta Norte but I had more chances of seeing orca there than at the roadside 75km away so I was more than happy to go with them.
After about an hour at Punta Cantor I had spoken to the Rangers who were in radio contact with Punta Norte (no phone signal here!) and they said no whales had been seen in either place.  However, I was still set on going North when I saw the two French girls who had been picked up by an Italian guy about to leave Punta cantor and they told me they were going to Punta Norte. I spoke to the Italian guy and of course he said I could go with them and I took the last seat in the car.
We stopped briefly at the penguin colony about 5km north of Punta Cantor and then we drove alongside the creek for its full 30km on our way to Punta Norte , this was new territory for me.  We arrived at Punta Norte at around 3pm and high tide was 16:15 so we had a reasonable chance of seeing orcas.  However, the guys Argentinian girlfriend had a flight to catch back to Buenos Aires and they had to leave at 16:20.  I knew there was still 2 or 3 hours of daylight left and high water so I politely declined the 90km ride back to Puerto Piramides in the hope that I would later meet someone going that way with a spare space. 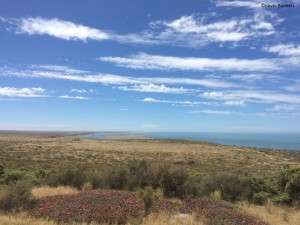 The beach was littered with elephant seals and looked quite familiar.  But I knew this was because this is the very beach where David Attenborough and crew came to film the Orcas hunting sea lions; the famous footage of orcas bursting out of the surf and intentionally stranding themselves in order to grab an unsuspecting sea lion pup.  Sadly I wouldn’t see this as the sea lions hadn’t arrived yet and the pups wouldn’t be born for another 4 months.
The place started to empty out quickly as most people were on guided trips in minibuses and I was getting a little concerned how I would get back.  I then walked up towards the car park to see how many cars were left because there were only 2 groups of people left.  On the way to the car park I passed a friendly couple who went out of there way to say ‘Hola’, I replied and it was obvious neither of us had Spanish as our mother tongue.   Next I was stopped by the ranger who asked me how I got here, I said hitchhiking and he seemed pretty concerned and said that not many people come here after 5pm so I should arrange a lift back ASAP.  I went back to the friendly couple and asked if they had a spare seat in their car back to towards Piramides, to my relief they said yes.  But they said they wouldn’t be going back for an hour  or two as  they really wanted to see orcas again, this was music to my ears!  We introduced ourselves and they were from Belgium.
Again?  Some people get all the luck, they were on holiday trekking and camping in Chile and decided to drive 1000km across Argentina in the hope of spotting an orca.  They had been in Punta Norte yesterday, their first day on the peninsular and seen orcas pass the point twice in the late afternoon!   In the last 4 days I had spent close to 20 hours looking out to sea to no avail.  But I was in the right place at the right time so felt positive.
We looked out to sea and spoke about orcas for a while. Like me they were serious enthusiasts and had even travelled to Vancouver to see them, a place I must go to before too long.   They had also been on a whale watching tour in Puerto Piramides that morning and really enjoyed it, however the guide never translated anything into English so they missed out on all of the information, I offered to tell them all about the southern right whales here and they were very grateful.
Eventually the light was starting to fade and even though the orcas hadn’t appeared we agreed to call it a night, we still had an 80km drive on an unlit gravel ‘road’.
Day Five.
I went into the Bottazzi office about 09:30 for a coffee before I set off.  I wasn’t in so much of a rush anymore as now the high tide was mid to late afternoon, this I would later come regret.
One of the whale watching customers going on the 10am trip was ordering coffee and started asking about orcas, Roman, who was serving introduced me and within a few minutes I had arranged to go with them to the creek and later Punta Norte.  They weren’t going until about 11:45 but I though that was OK as yesterday I didn’t get picked up until after 12 anyway and these were intent on seeing orcas and up for going to Punta Norte for high tide too if we had no luck at the creek.
And since they were going on the trip I managed to go on the trip also, my final whale watching trip in Piramides to see the last southern right whales of the season.  The numbers were lower and most of the whales had left travelling south to Antarctica. I have been lucky enough to do around 100 whale watching trips in the last 7 weeks and every trip has had a unique highlight. And this trip we saw the normally solitary animals feeding in a group of 6 or 7 whales, it was quite spectacular. After the trip we were on our way to Punta cantor to get an update from the Rangers on where the orcas had been seen that day. 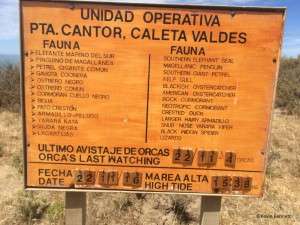 We arrived at around 13:15 and told that 4 orcas had passed 1 hour before, travelling from north to south.  We had missed them!  But everyone I had spoken to in the last 7 weeks said the best time from orca is 2 to 3 hours either side of high tide.  I guess these orcas didn’t know about that as they passed 4 hours before high tide!  A reminder that they are wild animals and can often surprise you, or kick you when you’re down!  But actually, the Rangers were quite confident they would return with the high tide and said if we ate lunch at the picnic spot they would call us if the ‘Negritas’ returned.

After lunch we sat on the cliff top and looked south, hoping that the pod would pass around the headland into the bay any minute.  More people started arriving including some local guides with serious photography equipment, this only reinforced the hope of the orcas returning.   I had also been to this viewpoint around 10 times in the last 7 weeks and I had never seen the conditions so fine, the sky was blue with no wind and the sea was a stunning turquoise colour and flat to the horizon, if any orcas passed by we would surely see them.
But after about 2 or 3 hours people started to give up and concluded that the orcas had continued to head south as it was now high tide and they were nowhere to be seen.  The guys I had travelled with, 3 people from Barcelona were also giving up hope and decided to drive to the creek entrance and also the penguin colony, but they said they would return for me if I wanted to stay at Cantor, which I did on my own for another hour, I had narrowly missed orcas once already today and didn’t want to repeat that.  They returned for me and we travelled 75km back to Piramides knowing that we had came so close but were ultimately disappointed. 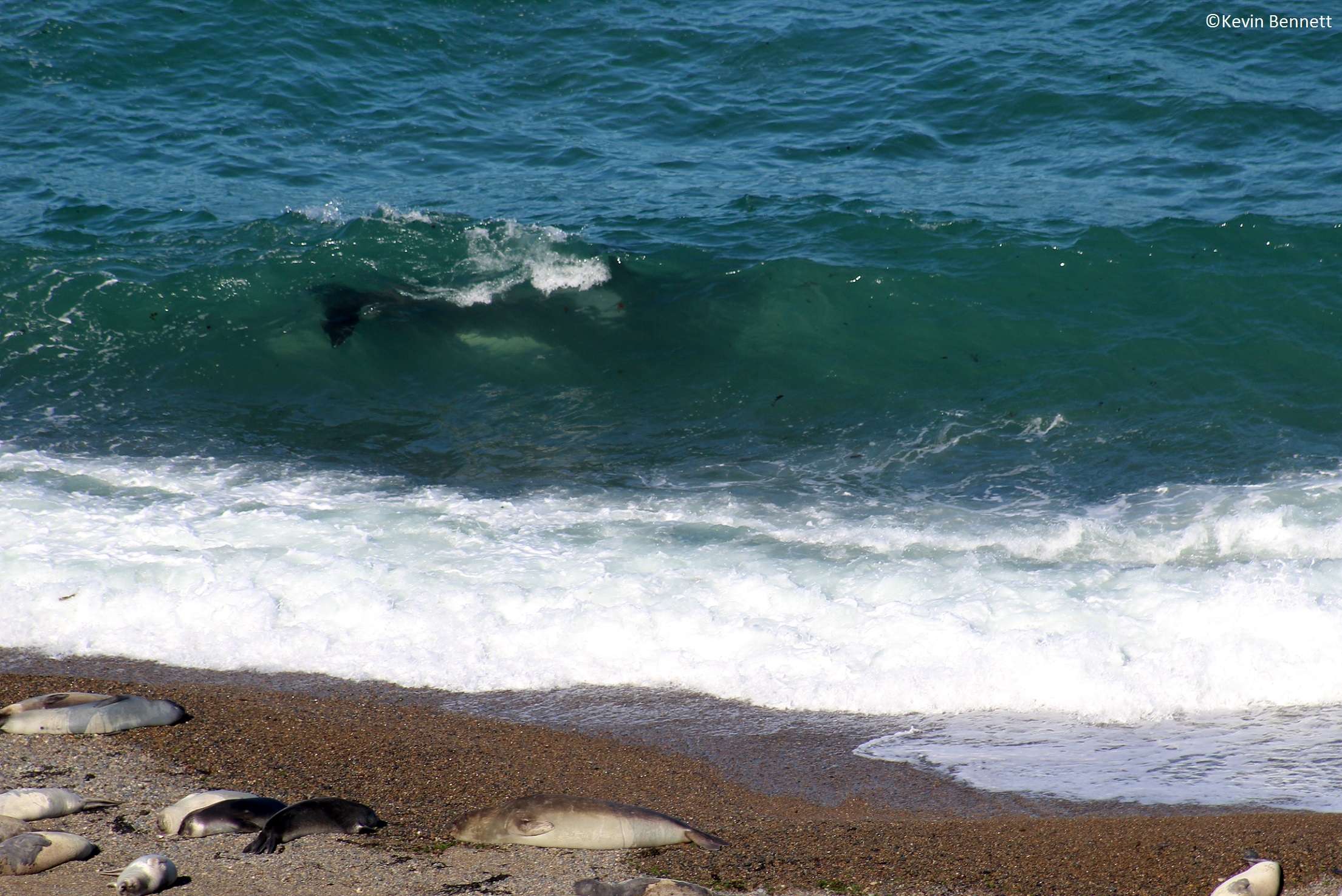 The Search for Orcas – Part 3

END_OF_DOCUMENT_TOKEN_TO_BE_REPLACED 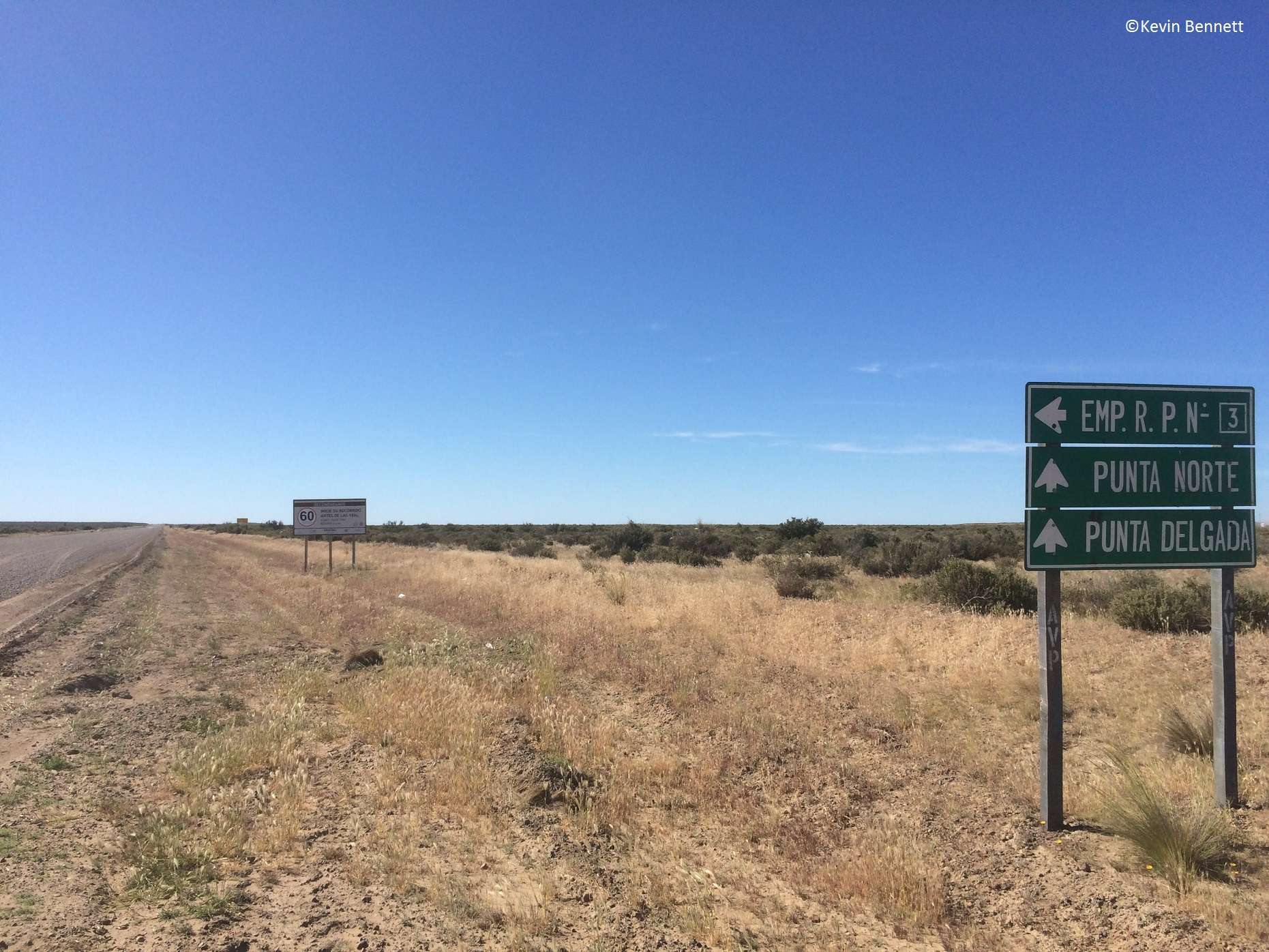 The Search for Orcas – Part 1

END_OF_DOCUMENT_TOKEN_TO_BE_REPLACED 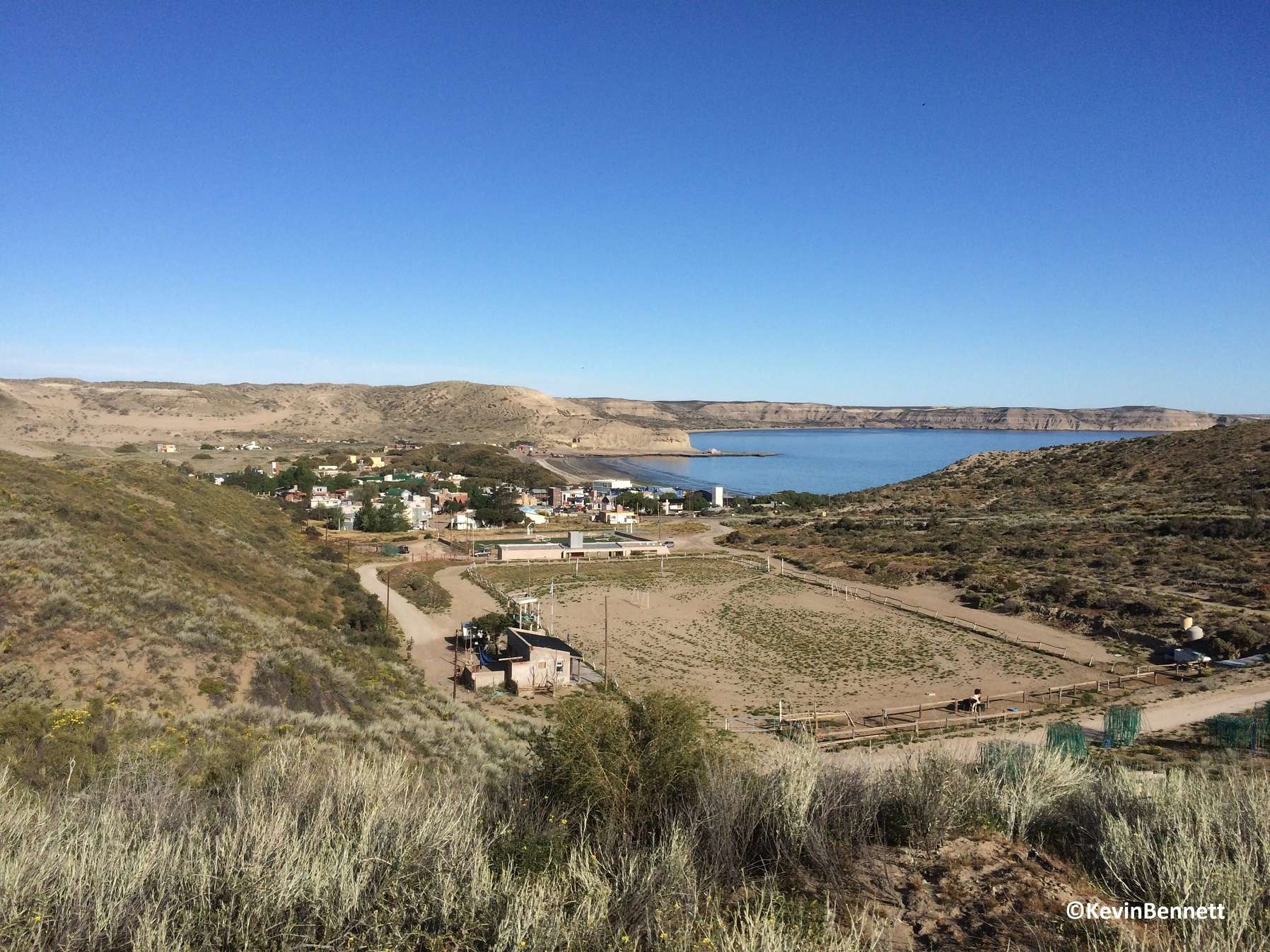 The Kelp Gull Problem and…