A few weeks here in Puerto Piramides and I’ve started to learn more and more about the threats the Southern right whales face in this area. Yes, entanglement is an issue and an important one at that; but I wanted to talk about a different issue in this blog post…

The kelp gulls here in the Peninsula Valdes calving ground have developed a taste for whale meat and have begun to rely on the whales as a source of food. With a dramatic increase in the kelp gull population due to uncovered disposal sites for fishery and other waste disposal, more and more gulls are learning this behaviour and it’s becoming a huge problem for the whales, especially the calves.

The Southern right whale calves can only hold their breath for a limited amount of time, meaning they have to surface more regularly to breathe. More often than not, when they surface a seagull is waiting and lands on the calf’s back, pecking continuously until the whale returns below the water. Over time, once a patch of thick skin has been removed, the gulls will repeatedly peck at the same spot resulting in deep holes forming along the back of the whale. This can lead to infection, which can eventually lead to death.

I have witnessed this behaviour over and over on many of the whale watching trips and it leaves you feeling helpless as there isn’t much you can do in that moment except watch and clap your hands loudly to try and scare the gull away. Rowntree et al. (1998) suggested that this problem may eventually drive the whales elsewhere, and with a huge decline in the number of whales that have returned here this year, this theory may just be right. 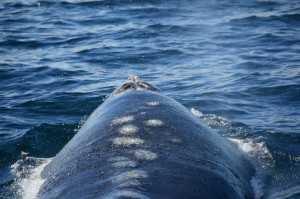 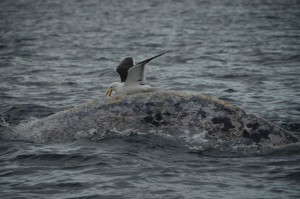 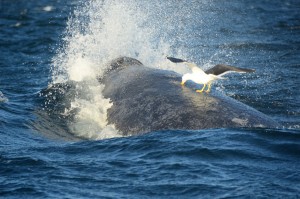 All photos taken by Hernan Romero©

Every whale watching trip includes educational information about the area and the whales, and gives people the opportunity to be up close with wild animals in their natural habitat. This encourages people to get involved with conservation, discourages people from visiting aquariums and dolphinariums and overall, educates members of the public from all over the globe.

If this issue continues and Rowntree’s theory is correct, then this could have a devastating effect on the tourism industry here in Puerto Piramides. No Southern right whales equals little if not zero tourism, as this is the main attraction here between the months June and December; that’s six whole months without the income brought in by tourism. This could result in whale watching companies closing (there are six in total), gift shops, kiosks, hotels – basically any business that relies on tourism would most likely have to shut shop.

← Backpacking, Welsh To... Spreading The Word →

END_OF_DOCUMENT_TOKEN_TO_BE_REPLACED 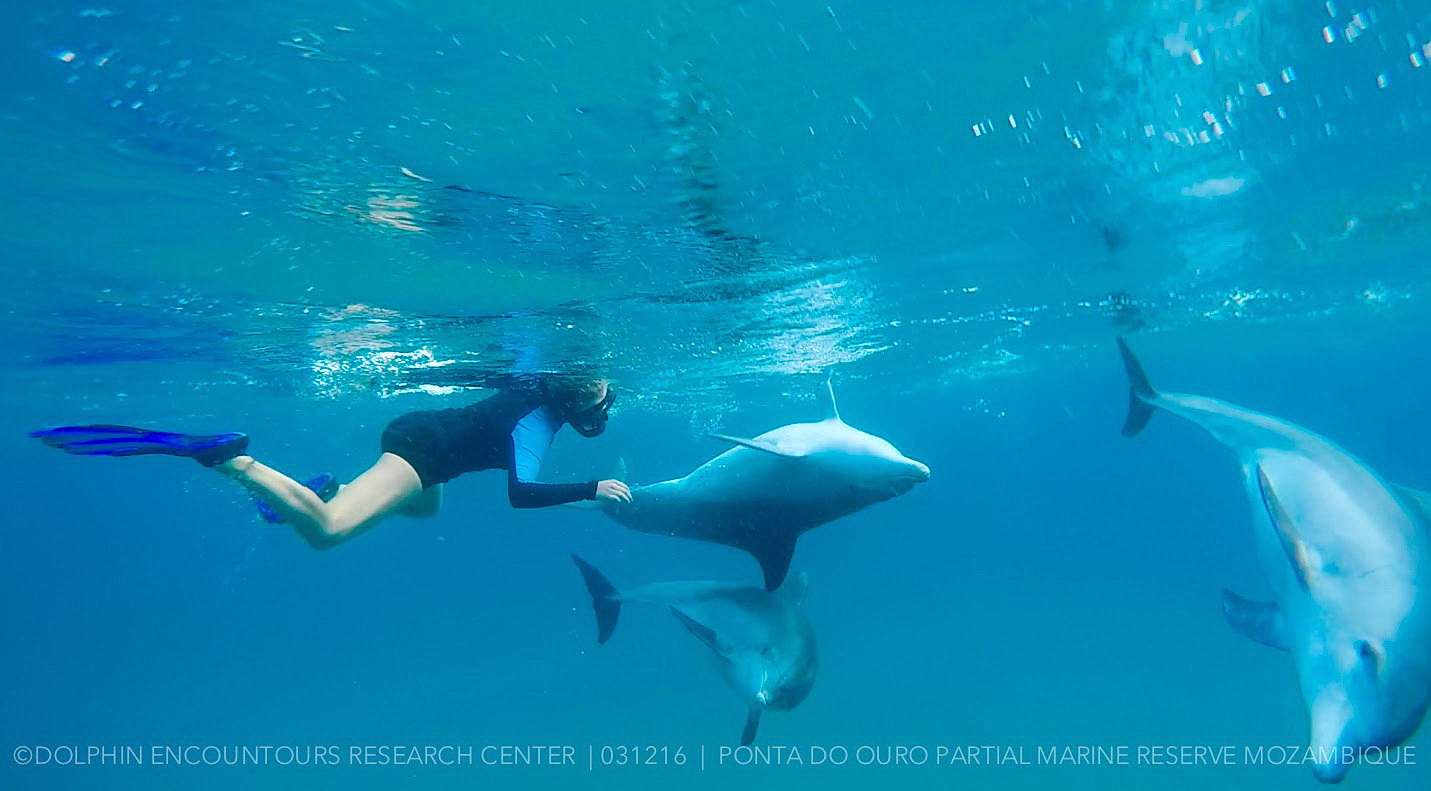