In the North Atlantic, Humpback whales (Megaptera novaeangliae) are given names based on the individual patterns on the underside of their flukes, not ‘pet’ names. These names are also not gender specific; this is because we may not know the gender of the individual in question for many years after the name is chosen. The naming process allows easier, more efficient identification of each individual. The whale is referred to by the same name in both the feeding and breeding grounds, with the majority breeding in the Caribbean or the Dominican Republic. 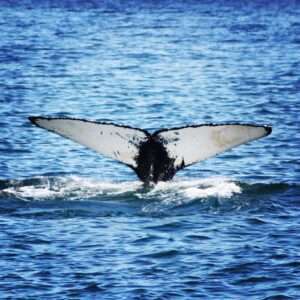 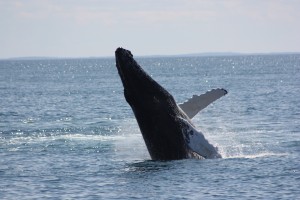 Cajun is named after the two Cajun peppers located on the lower left side of her fluke. Cajun is quite possibly the biggest humpback I have ever had the pleasure of seeing and is a classic example of the reverse sexual dimorphism exhibited in baleen whales; females are larger than males. She is by far one of the most fascinating, yet predictable, whales to watch; often coming within inches of our boat and exhibiting a wide array of surface activity. Not only that, but Cajun appears to be a very dominant character, choosing to repeatedly associate with certain individuals. 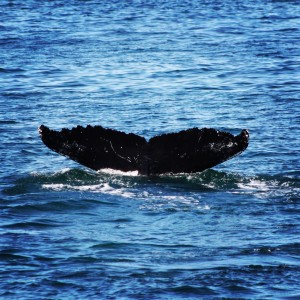 On board the Hurricane II we collect behavioural data, both quantitative and qualitative, as well as taking ID shots of the flukes and dorsal fins with the camera. The quantitative data keeps track of each time the whale surfaces and the qualitative data records the lorans, latitude and longitude; dive times; numbers and individuals.  Lunar was the first whale I identified, using our on-board identification catalogues and a tail I will never forget. This was the first, and only, sighting of Lunar in 2016 (so far!). 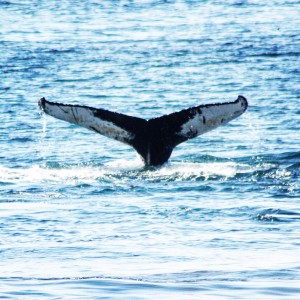 Komodo is another whale I was able to identify, and a whale that has frequently been seen on a number of trips this year. We categorise humpback whale flukes into ranges: T1 (all white) to T5 (all black). This makes the identification process a little easier as when a whale isn’t instantly recognisable, we turn to the on-board identification catalogues containing any documented fluke and/or dorsal shots of each named individual. The smaller catalogue contains 800 of the most frequently seen individuals and the other is a more comprehensive folder of 2,000 individuals.

The scars you can see along Fulcrum’s dorsal side are due to a boat collision. These propeller scars are so severe that the scar tissue has actually started to shed in several places. Although these injuries were not life threatening, they are heart breaking nonetheless, and something that can be prevented. Unfortunately, the whale is often unable to avoid the collision resulting in many injuries and deaths that occur due to boat strikes go unnoticed. Whales are particularly vulnerable along the east coast of the USA due to the high volume of boat traffic, which is only increasing… 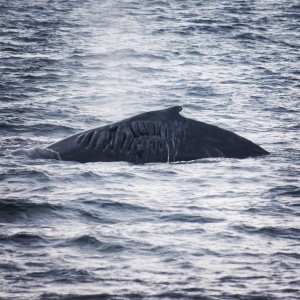 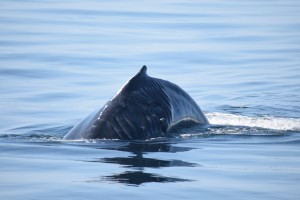 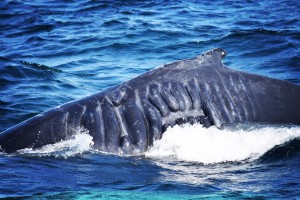 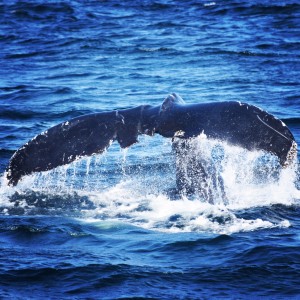 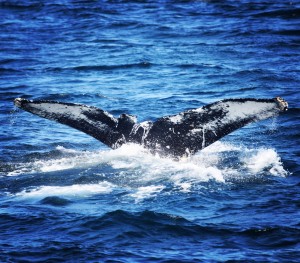 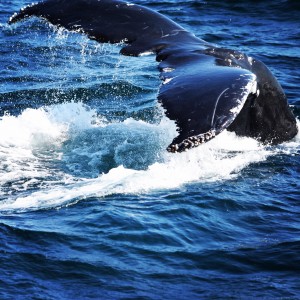 Piano is the poster child for human induced injury on humpback whales. Not only does Piano have some of the most devastating boat strike scars I have ever witnessed, but there is also evidence of severe entanglement in ghost gear on the trailing edge of the fluke. Although this gear has now been shed, it is still clearly evident exactly where it once was due to the scars and notches. Ghost gear is fishing gear which has been lost, discarded or abandoned in our oceans and the reason we have started our #neteffect campaign. The Provincetown Centre for Coastal Studies out of Provincetown, MA is the leading disentanglement program in the world, rescuing a number of whales entangled in gear every year.

Join our #neteffect campaign today to find out more!